How “Healthy” Is Healthy?

It's not easy to figure out the right way to fuel your body. As a teenager, I lived in England for three years, racing Formula cars. Back then I would go to the local bookstore, which also had a coffee shop, and I would order a large latte (which I would not order now) and sit down with a stack of health and fitness books.

I have always been interested in the human body and how it works, and I spent hours flipping through the pages learning new ways to take care of myself. It was the beginning of my experimentation with diets: I think the first phase was low-fat, then low-carb, then dairy-free, then whole grain, then a 40/30/30 balance . . . Then I turned my world upside down with a blood test.

At the beginning of 2013, I took a test that scanned my blood against the ninety-six most common foods. Before I tell you my results, let me tell you generally what I used to eat so you can understand how shocked I was.

Pretty healthy, right? In fact, except perhaps for the deli meat, the average doctor would say I was eating as healthy as possible.

So, when the test said I have an "extremely high" reaction to egg whites, egg yolks, gluten, yeast, and all dairy items, I wanted to cry! All that discipline had been doing my body no good at all! I began to wonder if the reason I sometimes felt bloated and fatigued had something to do with my reaction to those foods.

That test changed my life. Shortly after I cut those foods out, I realized I had a higher and more consistent energy level day after day. I also did not feel uncomfortable after eating, ever.

(If you ever feel bloated after a meal, it's a sign that your body is reacting to the foods you ate. It's not necessarily a "food allergy", but it may be that your body is reacting to the foods in a way that can cause inflammation and, eventually, weight gain. Try eliminating wheat from your diet entirely for two weeks and see if you feel better. Then do the same with dairy. You'll be amazed how effective this is—as I'll explain in the following paragraphs.)

How My Diet Got Pretty Intense

The exact diet plan outlined in this book started at the beginning of 2016. I had gained about four pounds after doing a hormone treatment to freeze my eggs. I had never experienced the power of hormones on the body, but I was amazed by how different I looked and felt after undergoing estrogen treatment. I didn't do anything different food wise, and only had to refrain from working out for two weeks, but I gained fat from nowhere! I was super frustrated and decided I needed to do something new and aggressive to get it off.

I began doing two-a-day workouts as often as I could, and after a few weeks of that, I decided to try eating Paleo. I had heard all about Paleo from doing CrossFit (many CrossFit enthusiasts eat this way), but I always had a pretty harsh judgment against it. To me, a traditional Paleo program just didn't offer enough food. But like I said, I needed to try something aggressive!

Paleo is based on the idea that you only eat foods that were available to ancient man before the invention of agriculture. So no grains, no dairy, no beans or legumes, no added sugars or preservatives. Instead, you focus on naturally raised meats, vegetables, fruits, and nuts.

My intention was to only do it for a week or two to reset my body with less sugar and more veggies. Well . . . I felt so good, and saw such amazing results, that I never quit.

It was not that hard to do, and I loved both the change in food and the results I was starting to see. I was starting to actually see upper body muscles and abs! What?! Let me tell you, people, I have worked out hard and I have been really picky with food, but these results were by far my best. Paleo formed the origins of Pretty Intense, which I've continued to tweak until I created the most effective plan I've ever put myself on.

The longer I have eaten like this, the more I have thought about it, and it's become clear: It's all about eating real food!!!!!! Sweet potatoes come from the ground, maple syrup comes out of a tree, carrots grow in the dirt, bees make honey, and hopefully we can all find more and more pasture-raised, grain-free, cruelty-free animals for protein. Because what our animals eat becomes what we eat, too.

I don't see ever getting too far from these principles. Real food is medicine, and I like to put the highest quality food into the only body I will ever have. 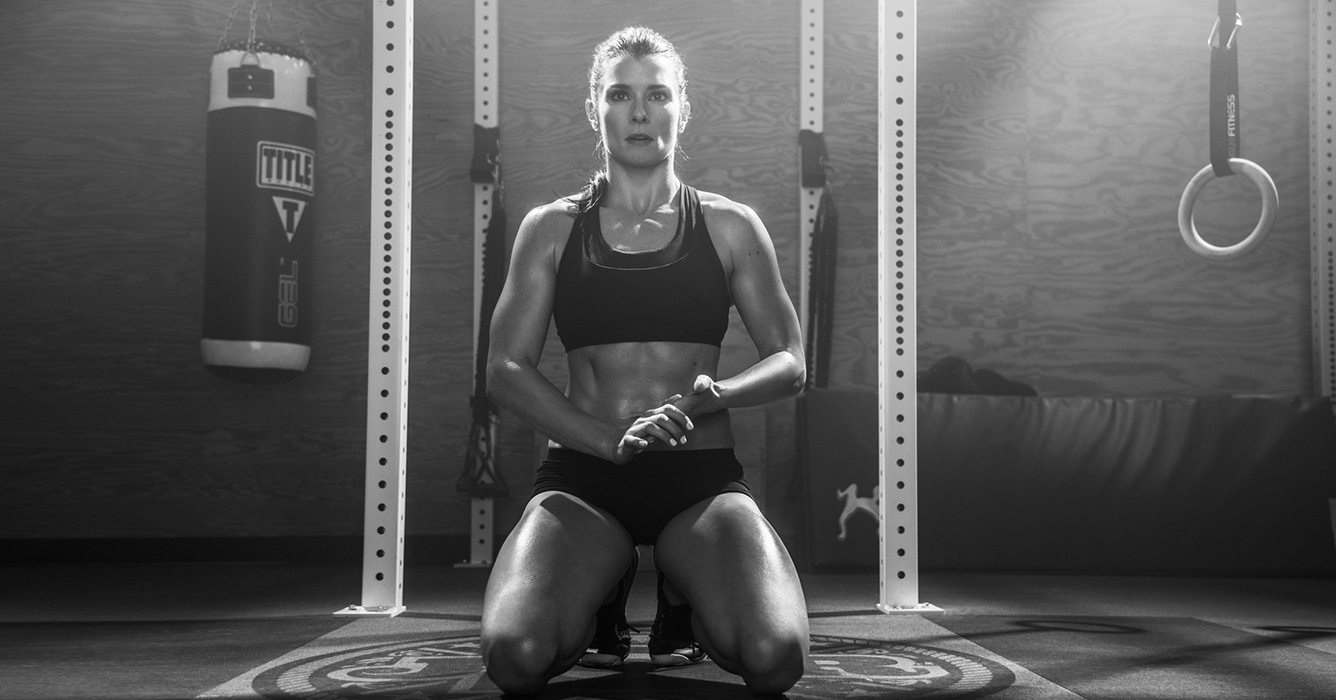